The following content is written by Matt Achhammer for the Empathy Project. https://www.facebook.com/EmpathyProjectOnline/ 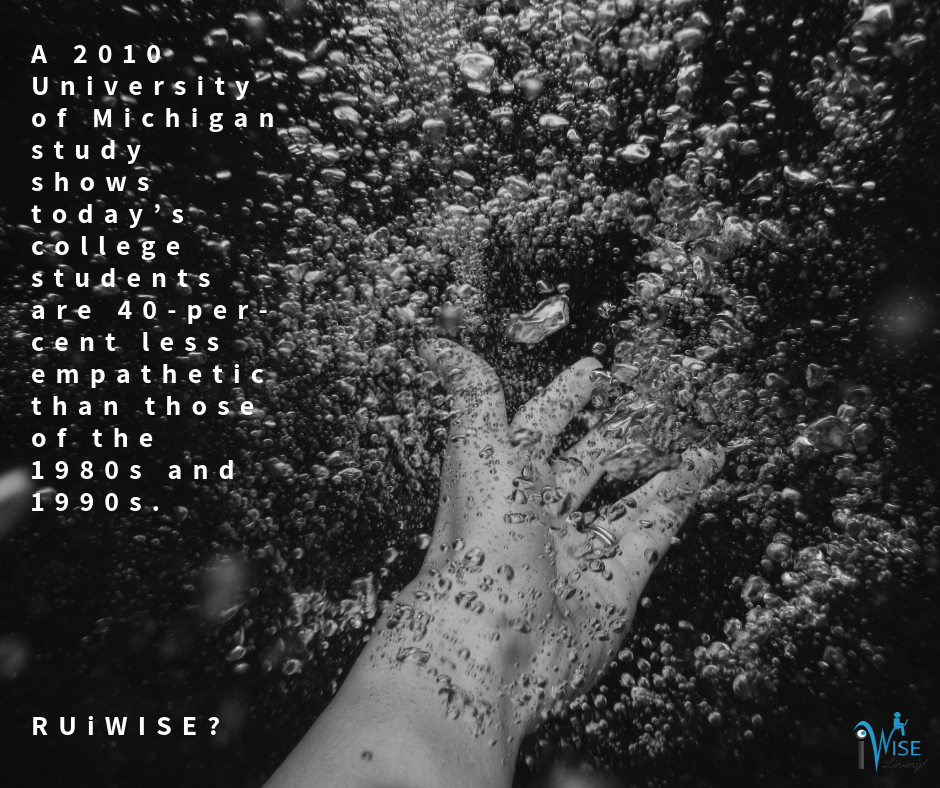 Empathy starts early. Some scientists theorize and show that we are effectively innately empathetic. That is, we have what are called mirror neurons in our brain that are able to connect on a basic empathetic level with others. The video below does a good job of breaking this down for us in an easy to understand way:

An excellent intro to the concept of empathy and mirror neurons.

We have all seen the many news accounts of young people getting into trouble for social media use, cyberbullying, and online harassment. Most recently, Harvard rescinded the admission of ten students due to posting of online content that was either sexually explicit, hateful, or both. This is just one instance of many that has risen to the top wherein we see a younger population unable to see the impact of their online actions, be it on themselves and punishment for such postings, or to the recipient of the mocking or exposing message. Is it possible that the coming generations are losing empathy due to the constant of being behind a screen, lacking in interactions that show context through feedback cues, body posturing, direct interaction? It appears so, on many levels.

Now, the kids getting into Harvard were at the top end of what we would consider youth. They were on the fringe of adulthood, entering into the age and education level that would prepare them for the real world. If they are the end result of a childhood that is now immersed behind a screen all the time, what does this mean for those even younger?

This lack of empathy due to being constantly behind a screen is especially true for children now being raised, as we see screens more prevalent through the first years of life and then throughout childhood. In her article “What Screen Time Can Really Do to Kids’ Brains,” Liraz Margalit, Ph.D., writes about the constant screen in front of kids, with insight showing how this decreases children’s natural ability to learn and grow empathy. One poignant statement: “So if your young child is spending all of his time in front of an iPad instead of chatting and playing with teachers and other children, his empathetic abilities — the near-instinctive way you and I can read situations and get a feel for other people — will be dulled, possibly for good.”

The tendency toward children being in front of a screen for much of the day is leading to not only a loss of real world interaction and educational benefits, but also increasing problems with screen addiction and the now a more prevalent disorder known as Internet Addiction Disorder (IAD). The end result of all of this screen time and the disorders that come with it ultimately leaves us with a generation that has not learned how to interact directly with others. Common connections like making new friends or common transactions like dining out at a restaurant are strained because the real life interactions do not resemble the only interactions kids have known, the online world.

The best way to teach interaction with the world is, of course, to limit the screen time or eliminate it all together. Likely? Realistic? Not so much. The good thing is that many smart educators and resources provide parents with some ideas of how to instill empathy in the midst of the online world. Here are some resources you should check out:

Empathy: The Language of Emotion

Teaching Empathy in a Post-Empathetic World

Building Empathy in an Online World

These are just some of the great resources available as more and more people figure out how to counteract the impact of screens and the online environments on our natural development as humans. Please share your own resources and experiences in the comments section, or on our social media pages.

The Empathy Project is the Capstone Project of Matt Achhammer, a student in the Emerging Media Master’s program at Loyola University Maryland. I invite you to join me in this discussion here and on social media through Facebook and Twitter. Please feel welcome to suggest topics, provide examples, and share advice or your own stories along the way.