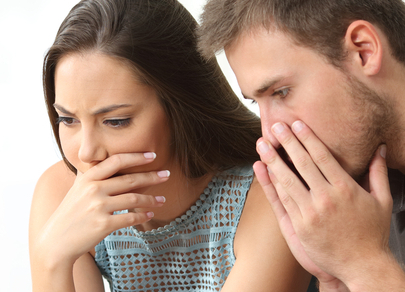 Another school shooting….and what are we doing about it?  Are we addressing the potential causes of such violence in order to prevent further occurrences or are we simply preparing for the next one?

Personally, I have been through so many ALICE trainings that I feel like I have PTSD from them.  How many times can a person experience a “pretend” act of violence before they either become numb to it or are on continual heightened alert?  As a professional, I’ve been taught to take the first 10 seconds upon entering the school area where I will be working to assess what I will do if a shooting begins.  Talk about constant stress!  All that cortisol coursing through us must be taking a toll on our bodies and our minds.

So, we put up fencing, install security systems, and teach our children to RUN, HIDE, FIGHT as we pray that our school won’t be the next one we see on the news.  But, is any of this really addressing the problem?  How many kids will become victims before we have the courage to look at the festering wound that our band-aids are not healing?

As a therapist I hear people’s pain.  As a mother, I try to prevent my child from experiencing it.  With five decades of living under my belt I know that everyone has issues and everyone has circumstances unique to that individual.  I also know that things can be complicated and messy and one size does NOT fit all. But, in my years of listening and observing there is a common thread that has led me to my work promoting what I call iWise Living and until we, the grown-ups, are willing to face this truth, things are going to continue to get worse. So, if you’re brave, how about joining me for a moment to take a “what if” approach to our current state of youth violence.  If you don’t like what you read, you can always go back to building your wall.

In the early 1960’s, psychologist Albert Bandura completed a series of studies known as “The Bobo Doll.”  In these experiments he found conclusive evidence that children will replicate violent behavior they witness another perform.  https://www.simplypsychology.org/bobo-doll.html  His work is often referenced as proof that media violence does have negative effects on children. Since that time, stacks of additional research have been published showing a connection between violence in media and violent behavior.

I spoke to Dr. Brad Bushman at the Ohio State University about my desire to prove that kids are being affected by video game violence and his response was “We don’t need more studies.  We have plenty.” https://news.osu.edu/news/2012/12/10/violgametime/  So, if this is the case, why in the world are we still creating such things?  Why are stores selling such material to children?  Why are parents allowing this in their home?

Now, before you get your fur up, I realize that not every child who plays Grand Theft Auto will turn a hammer, a hatchet or a gun on people in the real world. But, if we have evidence that some kids could be influenced to do so, isn’t that enough for us to take action?  As you defend that your child can handle it, are you willing to gamble that their classmates can to?

Not every person who smokes cigarettes will get lung cancer.  Not every person who drives drunk will get into an accident. And not every bottle of Tylenol will be tampered with.  Yet look how much money we spend as a society to protect people from the potential harm of such activities.  Why aren’t we doing the same when it comes to media and the internet?

Since the advent of violent video games and social media we have seen an exponential increase in youth murder and suicide rates. Could there be a correlation?  According to my young clients, absolutely.  I have had boys tell me that the games got “boring” and they wanted to see what blood, explosions and gun fire would be like “in real life.”  They wanted to feel that power over others and make people pay attention to them.

I have had girls tell me they can’t be on their phones without feeling depressed or suicidal because of the mean and hateful comments made to them or about them in post by their peers.  And I know many cases of kids who were successful in ending their lives because of experiences they had online.

Let’s admit it parents.  We let our children have phones and hide in their rooms doing who knows what because it’s easy for us. When their eyes are on screens, they aren’t on us and we can do what we want.  Being a parent is tough.  And all children want attention.  If they can’t get ours they will look elsewhere. So, when our sons find it in peers who cheer them on for the most gruesome kills why are we surprised?  Or when our young daughters are told they are beautiful and special by 50-year-old men who are asking for nudes, why are we shocked? (I had a 12-year-old girl once ask me why the men always want her to touch herself.)

Who’s at fault here?  And who has the power to make a change?  We have been blaming children for being children when it is the grown-ups who should be looking in the mirror.  Letting the internet raise our kids has been a disaster.  It’s time to swallow our pride, admit that we have been wrong, and accept the fact that our children didn’t ask to be born. We created them and we owe it to them to take time for them.

Yes, we will have to get off our own screens and get out the board games.  Perhaps go to a playground or go for a bike ride.  But, every moment you spend parenting your child in the real world is one less that they aren’t seeking to get their needs met in the virtual one.  Basic needs (physical and emotional) must be met or the organism will perish.  It’s time we stop focusing so much on ourselves and start nourishing our children.

Sexual Objectification, Code Words, And Other Dangers Of TikTok ...

Sexual Objectification, Code Words, And Other Dangers Of TikTok

It looks innocent — just kids making music videos, and it is that, but it's also so much more.
View on Facebook
·Share

Pornography has deeply troubling effects on young people, but there are ways we can minimise the harm ...

Pornography has deeply troubling effects on young people, but there are ways we can minimise the harm

We can teach young people to respond more critically to pornography, helping them assess and respond to pornography’s influence.
View on Facebook
·Share

Surprising brain scans show what reading and screen time can do to the brain ...

Brain scans of 3- to 5-year-olds who are read to more often by caregivers suggest that it can affect the structure and organization of the white matter in brains.
View on Facebook
·Share

Why Your Kids Need Saturday Morning Cleaning, Not Cartoons | screenfreeparenting.com ...

Why Your Kids Need Saturday Morning Cleaning, Not Cartoons | screenfreeparenting.com

Tech-Wise Parenting Articles Why Your Kids Need Saturday Morning Cleaning, Not Cartoons By Dr. Screen-Free Mom - January 15, 2020 2288 Facebook Twitter Google+ Pinterest WhatsApp There is a popular series of books called, Eat this, Not that, which provide a basic nutritional overview of competing fo...
View on Facebook
·Share

Blind Eyes Opened | The Truth About Sex Trafficking In America ...

Blind Eyes Opened | The Truth About Sex Trafficking In America

Blind Eyes Opened is a first-of-a-kind Christian documentary that dives deep into the sex trafficking industry in the U.S.
View on Facebook
·Share

Google Maps keeps a detailed record of everywhere you go — here's how to stop it ...

Google Maps has a Timeline feature that keeps a nearly perfect log of everywhere you go. Here's how to see and delete everything Google Maps stores, and how to turn it off.
View on Facebook
·Share